Thank you for contacting us.

We have received your message and will reply shortly.

Your payment link has been sent to your email account, please check your email.

Thank you for your booking enquiry !

Please DO NOT buy any flights or make any travel arrangements until you receive your confirmation which will follow shortly.

A copy of your enquiry has been emailed to your inbox, please check this and make sure all of your details are correct.

Thank you for contacting us.

We have received your enquiry and will contact you as soon as we review your message.

Need help?
Talk to our agents 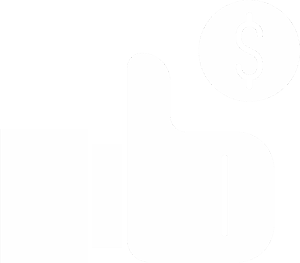 Need help?
Talk to an agent

Special offer 50% off, now from $1,240 per person per week for the 19-26Dec21
For the latest Maldives Covid Travel restrictions, click here

Save €100's off upcoming trips in 2021 and 2022, check the schedule for the pricing
For the latest Maldives Covid Travel restrictions, click here
Emperor liveaboards include all your extras in the price price including free Nitrox for qualified divers, park and port fees and no fuel surcharges and a free glass of wine with dinner.

$1336 off selected upcoming trips, now from $1,989 per person, don't miss out !
For the latest Palau Covid Travel restrictions, click here

$1336 off selected upcoming trips, now from $1,989 per person, don't miss out !
For the latest Palau Covid Travel restrictions, click here

Raja Ampat is famous for it's stunning reefs, macro life and close up Manta rays encounters, situated at the end of the earth it is considered one of the best dive spots in the world due to it's remoteness and untouched reefs.
These liveaboards offer you the best experience possible and are for people enthusiastic or serious about their diving but also gladly welcome snorkellers and non-divers who will have their own separate itinerary.

How to get to Raja Ampat

Sorong is the harbour town in West Papua and the normal departure point to dive Raja Ampat.
If you are unsure of how to get to Sorong to start your trip it will depend on where your international flight into Indonesia is landing.
We recommend flying to Jakarta or Bali to make your entry point into Indonesia and each has it's pros and cons as explained below.

From Jakarta to Sorong with Garuda air is an over night flight arriving in the morning perfect for a pick up by your liveaboard crew at the airport.
The downside of this is that you may be awake most of the night before your board the liveaboard depending on if you sleep on flights but most boats cruise only on the first day so you can catch up on your sleep during the day.
Garuda currenlty also offers a 23K sports bag allowance which includes diving equipment on top of the usual 20 Kilos and bearing in mind it is Indonesia's most reliable airline this is the one we recommend as you can also purchase the tickets yourself
(most other Indonesian airlines won't let you purchase tickets without an Indonesia creit card).

Flights from Bali to Sorong are not quite so simple and cannot be done in one day, you will need to fly from DPS (Bali) to UPG (Makassar) the day before your liveaboard and stay over night in Makassar in a hotel or guesthouse and then continue on with the UPG (Makassar) to SOQ (Sorong) flight the following morning, arriving the day of your liveaboard departure.
This ends up being perfect timing to be picked up on your arrival in Sorong at the airport to then be taken to the boat.
This takes longer but you might arrive more refreshed than the Jakarta rooute and of course you could always factor in a stay in Bali before or after your trip, this flight is also by Garuda airlines.
DENPASAR - MAKASSAR Garuda Indonesia GA620 etd 1720 eta 1855
MAKASSAR - SORONG Garuda Indonesia GA698 etd 0330 eta 0645

Recently Garuda, our recommended airline, has made it possible to purchase their tickets online and we recommend you take this approach as it is often cheaper than the set price we have to charge using other airlines and Indonesian flight agents.
Other airlines are cheaper but are not so trustworthy or have such good luggage allowances.
Again, we highly recommend TRIP and BAGGAGE insurance as well as diving insurance just in case something were to go wrong with your flights or luggage.

It is also possible to come throught Kuala Lumpur (KUL) in Malaysia to Denpasar (DPS) in Bali or Jakarta (JKT) with Malaysian Airlines and then join one of the above 2 options above to get to Sorong, here are the flights from KUL to Jakarta and Bali
Please note: Flight times may vary and should always be double checked.

Premier liveaboard diving and its local flight agent can purchase the tickets on your behalf, however, in doing so, Premier liveaboard diving is only acting as an agent for the airline and is not responsible for, and can accept no responsibility for, cancellations, delays, schedule changes, or problems caused by the air carrier.
We highly recommend trip interruption and cancellation insurance.

All our boats run fantastic Raja Ampat liveaboards of varying length visiting all the best places each with their own unique itinerary and features.
They are all different prices dependant on the length of the trip and standard of the liveaboard.
All our boats are liveaboards for people enthusiastic or serious about their diving but also welcome snorkellers and non-divers who will have their own separate itinerary." author: "Raja Ampat liveaboard

**Raja Ampat (or the Four Kings)** is an archipelago consisting of the islands of Misoool, Salawati, Batanta, and Wiageo which are surrounded by over 1,500 small islands and cays. Formerly known as Irian Jaya, this area is now part of the newly named West Papua province of Indonesia and is located on the northwest tip of Bird's Head Peninsula, on the island of New Guinea.

Put simply, Raja Ampat could quite possibly be the best diving in the world. It certainly is the world's most bio diverse marine region with more recorded fish, coral and mollusc species than anywhere else on Earth. The variety of marine life can be staggering. Some areas boast enormous schools of fish and regular sightings of sharks, such as wobbegongs. In Mansuar, you may encounter large groups of manta rays and turtles. From the boat and often close to shore you may get the chance to don your snorkelling gear for some unforgettable interaction with resident pods of dolphins or even some passing whales. Other highlights include the innumerable war wrecks, both ships and planes (with new wrecks being discovered constantly).

The reefs of Raja Ampat are just as varied as the marine life. There are vertical walls, reef flats, slopes, sea mounts, mucky mangroves, lagoons and pinnacles. The reefs are in pristine condition with miles of perfect hard corals and many varied colourful species of soft corals. The diving is predominantly drift dives due to the moderate prevalent currents in the area which provide nutrients for the myriad fish and coral. Currents are average to moderate and vary from none to very strong. Visibility is normally very good but can vary and is normally at its best earlier in the day so your pre-breakfast dives are not to be slept through!

This is truly "Frontier Diving". Topside the beautiful islands stretch as far as you can see and are largely uninhabited. At night the lights of local fishing boats twinkle in the dark along the few inhabited shorelines while in more remote areas you may only see a distant spec of light over the entire horizon.

Not many liveaboards dive the Raja Ampat area, making this adventure even more unique and special.

Raja Ampat has a high season from October to May and weirdly enough it is during their rainy season due to the winds in the dry season making parts of the park inaccessable. The rainy season should not be mis-construed though. It is generally mostly a shower in the late afternoon and evening and most of the time the days are nice, wind is minimal and the skys are generally clear or slightly over cast. The seas are calmer at this time of the year as the oppposite season has winds that kick up waves and make it very difficult to dive the more exposed sites in the Southern part of Raja Ampat. The water temperature stays around the 27-30 degrees celcius mark all year round.

Recently due to the popularity of Raja Ampat a lot of boats have been running trips in the so called low season but this is also the dry season and so promotes nicer weather and better visibility but the trade of is that only the northern more sheltered part of the park is accessable but as the area is so vast and there are so many quality dive sites the reports from these northern trips have been glowing so far.